Vietnamese Canadian Experiences in BC

How did 5,000 Vietnamese refugees come to BC in less than two years?

After many years of war, the North Vietnamese declared victory over the South in 1975. This meant the end of the war in Vietnam. It also meant that the country reunified under a Northern Communist government. Many Vietnamese people, including the many supporters of South Vietnam (officially the Republic of Vietnam), were afraid of what would happen next. This fear triggered between 800,000 and one million people to escape the country. Many left in boats not equipped for the rough South China Sea. Hundreds of thousands died trying. Canadians could not ignore the danger these people faced. In an act of compassion, Canada undertook the largest immigration project in its history. Between 1979 and 1980, Canada focused on bringing 60,000 refugees to this country. Refugees from Laos and Cambodia also came to Canada. Of the 7,361 refugees who came to BC, three-quarters were Vietnamese.

By 2016, almost four decades later, Vietnamese Canadians made up the fifth largest non-European ethnic group in the province. Street signs along Kingsway in Vancouver mark the neighbourhood of “Little Saigon.”  Annual Journey to Freedom Day commemorations remind us of their difficult path to Canada. And Vietnamese food, like noodle soup (phở), is a common craving for many hungry British Columbians. It is clear how decades after this important resettlement project started that Vietnamese culture has become an important piece of our provincial fabric.

Through the perspective of Vietnamese Canadian artist Chrystal Phan and others, we take a closer look at the journey of people who came to Canada from Vietnam as refugees and settled in British Columbia in the years 1979–80.

What does life look like when you have to start all over again?

Tag along on Chrystal Phan's Tour of Victoria, BC 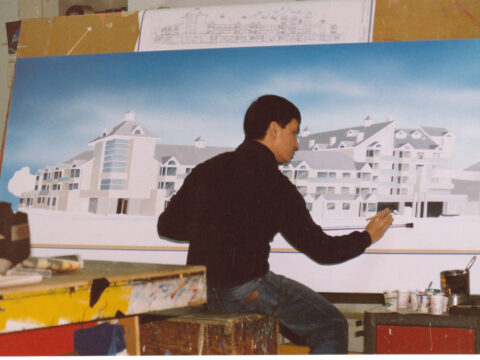 Listen to the voices of Vietnamese Canadians who fled Vietnam as refugees. 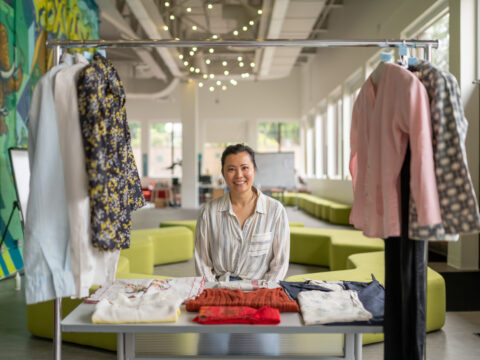 Explore images to learn more about Chrystal Phan's art and her family's experiences in BC.