What can you learn about indigenous languages in BC?

What is your mother tongue? Maybe English was learned later or alongside your first language. The phrase “mother tongue” reminds us that the language we grow up with is closest to our hearts, our identity and our world view. For BC’s First Nations, connection to home is most aptly expressed through 34 distinct languages that have been linked to very distinct territories for thousands of years.

BC is known internationally as a language hotspot because of these 34 languages. To celebrate this, the Our Living Languages exhibition (June 2014 – June 2017) was created in partnership with First Peoples’ Cultural Council and their advisors from Nations around the province.

Centuries of deep disruptions to First Nations families and communities have brought many indigenous languages to the brink of demise. Despite attempted assimilation, the languages are still here with us, as unique and vital as they ever were. Hesquiaht First Nation language learner Layla Charleson-Rorick says,

“Although our languages are in a critical state, we choose not to see them as dying or about to fail. As long as people strengthen language through continued use and effort, there is really nothing that can stop its resurgence.”

What do Indigenous languages sound like? You will hear a few samples here on the Learning Portal, but all over BC, First Nations communities are working hard to protect and teach their languages. Listen closely: what is the language of the Nation just outside your front door?

Discover what communities throughout the province are doing to help their languages survive and flourish. Examine works of art by First Nations artists expressing their views of language. Read deeply about indigenous language work in BC. Close your eyes and hear lullabies in Listen. Click here, then scroll to the bottom, to view the BC First Nations Language Families Map.

What inspires you about BC’s First Nations languages? 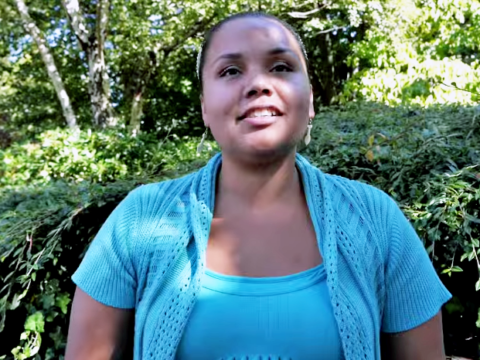 Listen to language heard in the home and from the heart. 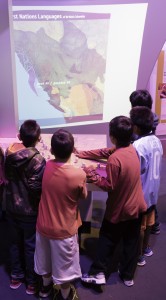 Examine photographs of visitors and objects at the Our Living Languages exhibition.