Why did you want to become a botanist?
I grew up spending my summers at a research station that was founded by my father, in the mountains of Colorado. I was continually exposed to people with a passion for inquiry, who knew the names of plants and I wanted to learn from them.  In the broadest sense, botany includes agriculture and ethnobotany, two subjects that fascinate me because of their connections to global food security and the traditional knowledge of indigenous peoples.

How did you become a curator of botany?
I have been very fortunate in that nearly every job I have had, had something to do with plants, often involving some aspect of plant identification: environmental consulting, range technician, ecological studies and ethnobotany.  After finishing my bachelor of science degree in environmental biology, I thought I was finished with school forever. I never intended to go to graduate school and obtain master and doctoral degrees.  After spending four years as someone else’s technician, I realized that if I wanted to determine the course of my career, I was going to need more education.

What do you do as curator of botany?
A lot of my job involves using references and the collection to identify plants that have been sent to the museum by others, or that I have collected, or that have languished in the collection for many years. Sometimes I find plants with an incorrect or non-current name (in which case I make the correction to the best of my ability).  For 13 years I have been involved in a project to survey the alpine flora of the mountains of northern British Columbia and to use DNA markers to trace the migration of arctic and alpine species in the northern hemisphere, with an emphasis on British Columbia.

Why do you think it is important for non-scientists to learn about the native plants in their neighbourhoods?
Some people are simply curious and enjoy knowing about other organisms, and some want to know what kind of plants are edible or poisonous for themselves and for other animals. Knowing the name is a first step to knowing much more about a plant.

Many animals, including people, can choose their mates—but can plants? Well, yes, actually—many of them can. Even though a plant can’t physically move, the flowers of some species are still able to choose their mates.
This Week in History, season 5, episode 2. Published on Sep 14, 2016.

Plants produce many chemicals that aid in their defence against plant-eating animals (herbivores). Humans use some of these same chemicals as medicine. The Royal BC Museum native plant garden has several interesting examples of the use of plants for human medicine.
This Week in History, season 4, episode 10. Published on Nov 19, 2015.

Curator of Botany Dr Ken Marr and Botany Collections Manager Dr Erica Wheeler describe the process of collecting, preserving and storing specimens for the Botany collection at the Royal BC Museum.

Curator of Botany Dr Ken Marr describes his inspiration and work as a botanist. 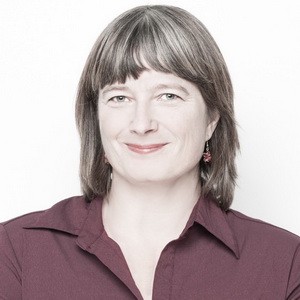 Why did you want to become a botanist?
For as long as I can remember, I have loved the world of plants.  I have very fond memories of days spent picking Salmon Berries in the back yard, weaving placemats from cherry tree bark and imagining a tiny world of fairies in the moss along the creek.  When I grew up, my affection for plants became a fascination with their beauty and diversity and with their importance in our lives.  Plants make the oxygen we breathe!  When I learned that trained botanists spend their days studying plants, I decided that’s what I wanted to be!

How did you become a botanist?
I studied biology at university and was especially interested in plant taxonomy and biodiversity classes, which taught me about the differences between major groups of plants such as mosses, ferns, conifers and flowering plants.  I wasn’t always the best student in the class, but I worked very hard to learn and was soon doing my own research projects as a graduate student in plant taxonomy.  I now have a doctorate degree (PhD) in this field and this helped me get a job as a botanist at the Royal BC Museum.

What do you do as a botany collections manager?
My job is to take care of the botany collection at the Royal BC Museum, which includes over 215,000 specimens of pressed, dried plants. I make sure that the collection is safe from damaging things such as water, light and insects.  I help with the work of adding new specimens to the collection every year and love going to the field to collect.  A big part of my job these days is making sure that the information about our botany specimens is recorded in a computer database so people from all around the world can easily learn about our botany collection.  I also help other botanists with their research by sending specimens to them by mail for their studies.

Botany Collections Manager, Dr Erica Wheeler talks about what inspired her love of plants and what a botanist does.

Botany Collections Manager, Dr Erica Wheeler talks about what inspired her love of plants and what a botanist does.

Botany Collections Manager, Dr Erica Wheeler, talks about Mary Gibson Henry and her contributions to BC botany. Part of this video was shot during a 2014 field research trip in northeastern BC.