What can you learn about BC’s environmental history from alpine plants?

British Columbia has high mountains. Lots of them. In fact, more than 12 per cent of the province is alpine tundra—land above the trees. The alpine tundra is a land of extremes. Trees can’t grow at such high elevations because of cold temperatures. The growing season is brief, and some areas are covered by snow and ice all year round. So how can more than 400 species of plants thrive in the harsh alpine environment?

The alpine plants in BC today tell a story of the past. Look around you and imagine a thick sheet of ice as far as you can see. BC’s landscape was shaped by enormous glaciers that advanced over much of the province and then melted back many times as the temperature fluctuated during the Pleistocene Epoch, the geological period from around 2 million years ago to 12 thousand years ago. Each time the ice sheet melted, the exposed bare rock and glacial till—the boulders, gravel and sand that the glaciers carried and then dropped when they melted—was colonized by alpine plants that arrived from ice-free areas. After the ice melted for the last time, the climate warmed, and forests and grasslands became established at lower elevations. Today the alpine plants remain only in the colder, higher areas of the mountains—a link to the ice ages.

Scientists from the Royal BC Museum are uncovering the story of our province, mountain by mountain. Museum botanists have collected more than 20,000 specimens of alpine plants from more than 100 mountains in northern British Columbia. Many of these mountains are so remote that they are only accessible by helicopter and have not been visited by other scientists. These collecting trips are helping to answer important questions: What parts of BC were covered with ice in the last ice age? What can studies of alpine plants tell us about how our climate is changing today?

What can you learn about alpine plants from the Royal BC Museum? 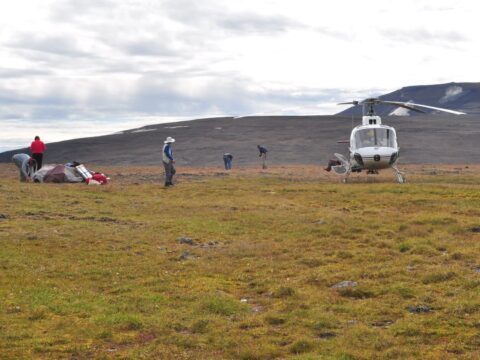 Watch videos about alpine plant collecting trips and botany at the Royal BC Museum. 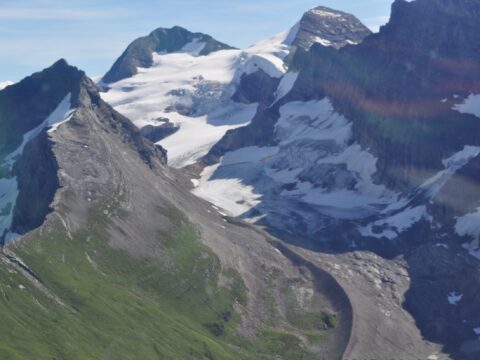 Listen to Botany Curator Ken Marr talk about the past, present and future of alpine tundra vegetation. 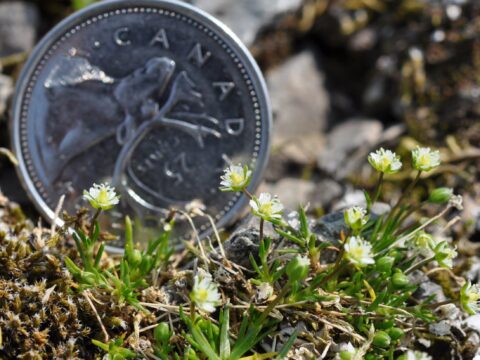 See what British Columbia may have looked like during the last ice age and learn about alpine plant adaptations.