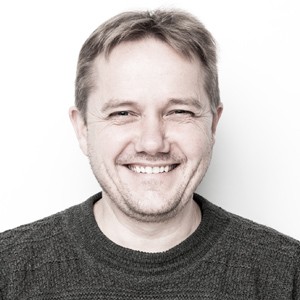 Why did you want to become a curator?
I am a collector and I have always been interested in nature. As a student, I spent many hours collecting fishes, amphibians and reptiles and helped build a research collection at the University of Manitoba. I prepared skeletal material and reconstructed reptile skulls starting in high school and I have hands-on experience building models and dioramas. Museum work is a perfect fit for me.

How did you become a zoology curator?
My education? At the University of Manitoba I did a bachelor of science in general zoology and master of science on exotic fish introductions. As a hobby, during my master’s degree, I published research on placoderm fossils from the Interlake region of Manitoba. My doctorate degree (PhD) at the University of Alberta focused on fossil fishes but, instead of placoderms, I looked at acanthodians and an odd group of fishes thought to be related to the cartilaginous fishes (sharks, rays and ratfishes). Shortly after my PhD in 2001, I was hired back in Winnipeg as the zoology curator at the Manitoba Museum. In early 2004, I headed west.

What do you do as curator of vertebrate zoology?
I collect specimens for the museum (particularly fish, amphibian and reptile) and write research papers which are published and available internationally. I help other researchers with their work and maintain contacts with other agencies in British Columbia to obtain as many specimens as possible—from areas where we rarely visit (like northern BC). I have particular interest in exotic species introductions in Canada and the role of the pet trade and food industry in exotic species dispersal. Curators also help develop exhibits—both travelling exhibits and permanent displays here at the Royal BC Museum—and act as a filter to make scientific literature accessible to a general audience.

What have you learned from working with alien species? Years ago as a member of a committee overseeing introductions and transfers of aquatic life in Manitoba, I jokingly said, "At least we don't have BC's problem." The joke was on me because a year later I moved to Victoria and BC's problems are now my problems. Here I sit as a member of an Inter-Ministry Invasive Species Working Group. We meet regularly to talk about invasive species and emerging issues, coordinate eradication efforts and discuss methods of reducing the risk of exotic species arriving in BC. My particular interests focus on lower vertebrates and the role of the pet trade in exotic species introductions. Pets are a significant source of exotic species globally. One popular pet species, the Red-Eared Slider (Trachemys scripta elegans), is now able to successfully reproduce here in BC. It may seem like a good idea to release an unwanted pet, but guess again. It is far easer to simply not release an unwanted pet than it is to control populations once a species is established.

Royal BC Museum Curator, Dr Gavin Hanke, describes some furry invaders that have arrived in different parts of the province.

Curator of Vertebrate Zoology Dr. Gavin Hanke writes about this European lizard that is now at home in BC. It was released to southern Vancouver Island around 1970 and has since expanded its range, with potential impacts on native species. 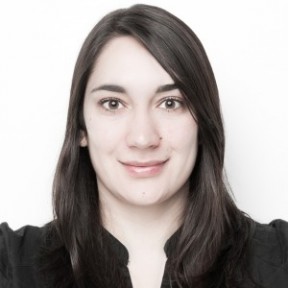