What can you learn about BC from the McAbee Fossil Beds ?

Imagine a series of ancient lakes surrounded by lush flowering plants and conifers, supporting an abundance of strange species. Our story starts during the early Eocene epoch, about 52 million years ago, when the weather was wetter and warmer, there was no ice anywhere on the globe and temperature barely differed between the poles and the equator. On the west coast of North America, tectonic place activity caused volcanoes to spew ash, burying the lush lakes and the abundant life they supported.

Millions of years later, geological activity once again changed the landscape, exposing the McAbee fossil beds’ ancient diversity for scientists to explore. In the dry cliffs high above BC’s Thompson River valley, diverse fossils suggest the ancient lake-bed where they originated. There are many fossil plants, including leaves of curious shapes, delicate flowers, conifer cones and various seeds, some of them belonging to species familiar today. Fossil fish and insects show the complex ecosystems that once existed here. Several new species have been discovered, and more are still waiting to be found.

John Leahy and David Langevin collected about 18,000 fossils from the site, which were donated to the Royal BC Museum. The Leahy-Langevin Collection will give us a chance to discover new species and to study the environmental history of the Lower Okanagan highlands during the Eocene.

What can you learn about the Eocene from the Royal BC Museum? 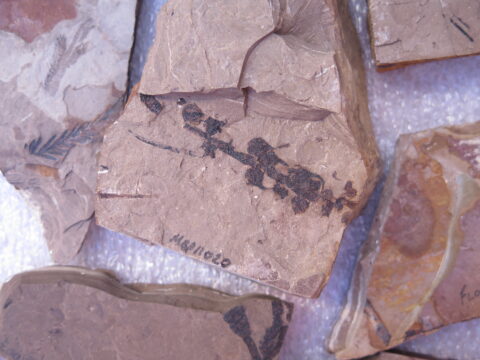 Read about paleontology at the Royal BC Museum. 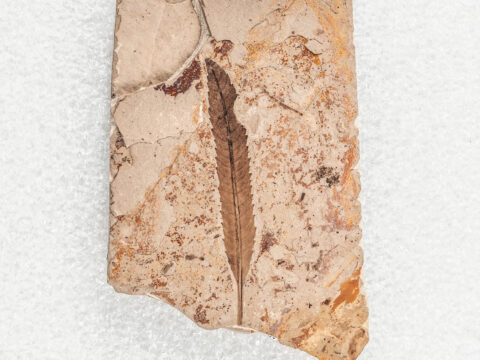 Watch videos about the heritage designation of the McAbee fossil beds and how different programs work together to protect this fossil resource. 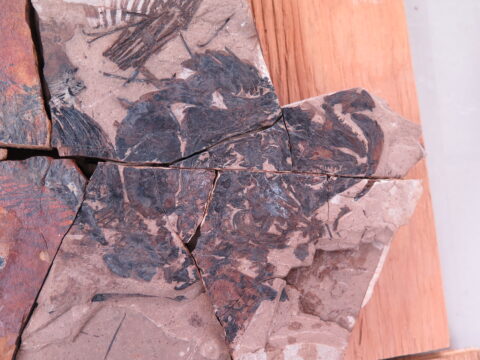 Follow the journey of the fossils from the fossil beds to the museum in pictures, and explore the diversity of the Leahy-Langevin Collection.