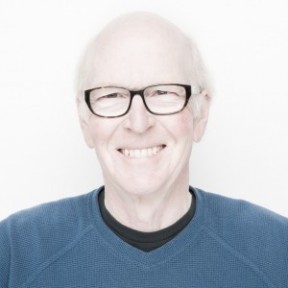 Why did you want to become a scientist and a museum curator?
Luckily for me, I grew up among the beautiful lakes, grasslands and pine-clad hills of the Okanagan Valley in southern BC. My family loved the natural world and we eagerly explored and studied the plants and animals of the Valley. My Dad worked at the Agriculture Canada Research Station in Summerland, so I grew up among all sorts of biologists and other scientists working on interesting problems. They let me hang out in their labs when I was a kid.

I loved museums from an early age and fell under the spell of the identification handbooks of the Provincial Museum. I decided that museum life combined all my interests and that’s where I wanted to work – so here I am!

How did you become an scientist and curator?

The path to a museum job began when I was really young, before I went to high school. In my summer holidays during university, I worked as a Park Naturalist in BC Parks, talking to tourists, leading nature walks, and making displays. I learned a lot about the natural world and how to inspire people about it. Good museum training!

At the University of BC I studied biology and loved the entomology (study of insects) courses taught by Dr Geoff Scudder, who became a mentor. He supervised me as a masters student. To this day, he and I work on insect projects together.

Aiming to get a job at the Royal BC Museum (it was called the BC Provincial Museum then), I worked hard to get useful experience – I wrote a museum handbook on BC dragonflies, I produced exhibits for various museums, I collected lots of insects and wrote about them, I got to know many entomologists. When my dream job appeared, I was ready to go! Later, I earned a PhD, which helped me be a better curator.

What does an entomology curator do?

My usual research asks questions such as: What species is this? Has it been found before? Where do these species live and how, over millions of years, did they get there? How are all these species related? How did they evolve? It’s all a fascinating puzzle and the research involves a lot of detective work. Thousands of BC’s insect species are still unknown and I’ve spent much of my career helping to build the Royal BC Museum insect collection so that everyone can learn more about this big part of BC’s natural world. I love field work, and finding insects has taken me to the far corners of the province –and the world! Identifying specimens and organizing them in the collection is a crucial and time-consuming task. But studying insects is not everything – a curator must tell people about all those discoveries. So writing and speaking about insects, as well as helping produce exhibits about them, takes up a lot of my time.

What have you learned from working with insects?

I love learning about insects and the unbelievable lives that they lead. Their complexity and  mind-boggling variety excite me and give me an all-consuming appreciation of this huge group of marvellous organisms with which we share the earth. I have collected insects, photographed them, talked and written about them. Curiosity and the thirst for knowledge, not fancy labs and equipment, are the basis for good science and a museum curator’s work.