What are conifers and how do they affect the Bowker creek?

What are conifers and how do conifers affect the Bowker creek environment? 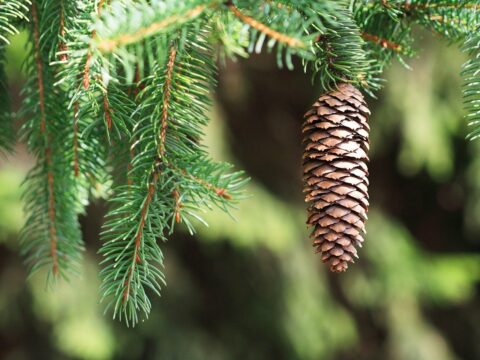 1In 1 playlists
By Anonymous
Conifers are a group of plants that reproduces/regenerates themselves by seeds produced on cones instead of flowers. They are often known as christmas trees too. They are resistant to dryness and coldness, so it is abundant in the high latitudes of the northern hemisphere. They are plants that dominate over large lands and form immense forests. The world's massive coniferous forests represent the largest terrestrial carbon sinks. The conifers are well-known for its softwood and paper production. 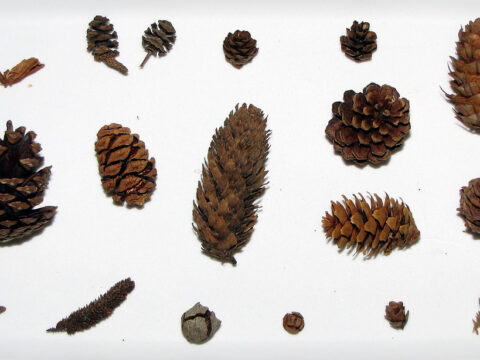 1In 1 playlists
By Anonymous
Conifer seeds are formed inside the cones. Each cone has about 50 seeds in them. But not every cone produces seeds. There are female and male cones. The female cones produce seeds and live for several years. They are mostly the woody cones that are seen commonly, though the cones’ shapes and colours vary in different conifer families. The male cones produce pollen, they look like tube clusters and they are smaller than the female cones and only last for a few weeks which makes them rare to be seen. 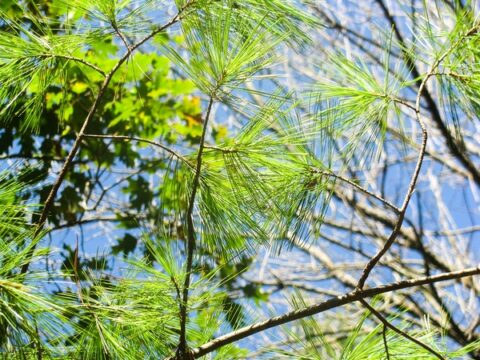 1In 1 playlists
By Anonymous
Majority of conifers are evergreen which means that the tree leaves don’t change colours nor does the leaves fall down throughout the year. However most of the evergreen trees shed leaves and branches. Conifers usually have thin, compacted, needle-like leaves, but some has scale-like leaves that sheds branches. These leaves are very resistant to drought and cold temperatures which is why you can see conifers often during the winter. 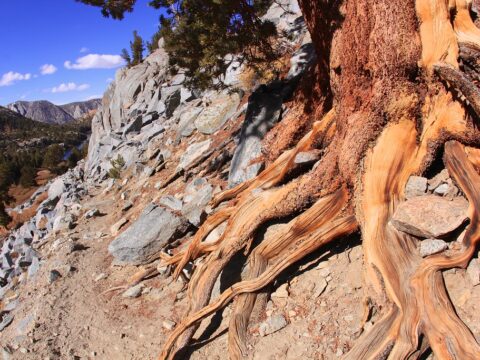 1In 1 playlists
By Anonymous
Conifers have shallow and wide-spreading roots. These roots benefit themselves to grow and spread wide on rocky and thin soil environment of the land. But there are downsides to shallow roots as well. Their roots are rather shallow than thick so it makes them susceptible to wind and other disasters that occurs on the surface. 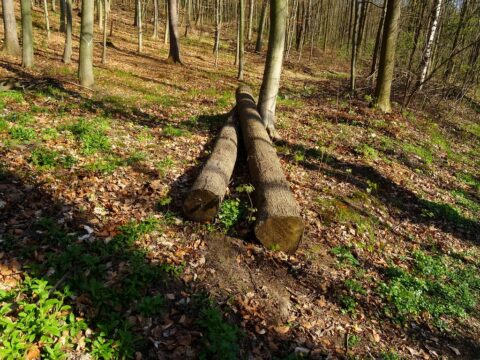 1In 1 playlists
By Anonymous
Fire happens very often in habitats where conifers live/grow and some conifers get cut down or stumped. Because of it, conifers have special adaptations. One of the adaptations is resprouting. Some species are able to resprout from their roots after a huge damage of the tree caused by fire, some sort of a disaster or a stump. Conifers that can resprout include: Celery pine (Phyllocladus), Coast redwood (Sequoia sempervirens), Japanese cedar (Cryptomeria japonica), Juniper (Juniperus) and etc. 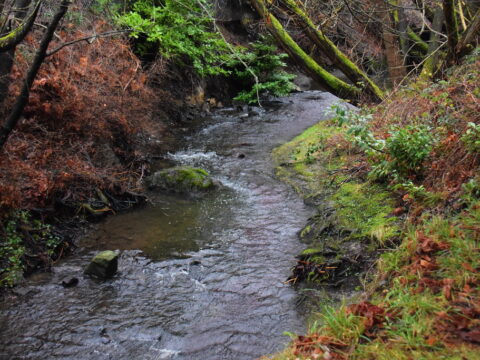 About the conifers in Bowker creek

1In 1 playlists
By Anonymous
The Bowker creek is a ecosystem located in British Columbia, Victoria. The creek is a riparian ecosystem which means that the ecosystem is located alongside body of water. The ecosystem can be divided into three main zones; body of water, riparian zone and the upland/terrestrial zone. Conifers are usually planted in the uplands/terrestrial zone. Some conifers at the Bowker creek include Douglas fir, Western red cedar and Garry oak. 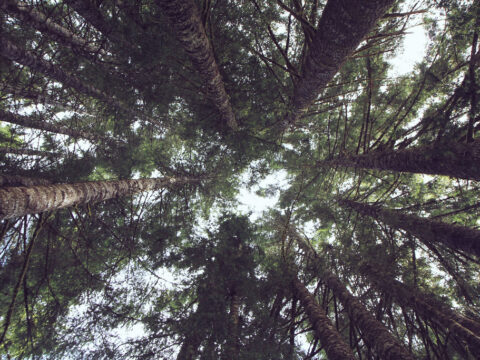 1In 1 playlists
By Anonymous
Douglas Fir grows the best in an environment where the soils are well drained instead of being compressed tightly. They are native to the west coast of North America. It provides foods for squirrels, chipmunks, mice and other tiny mammals. Douglas Fir commonly grows up to 250 feet (76 meters) and it is often used as a Christmas tree 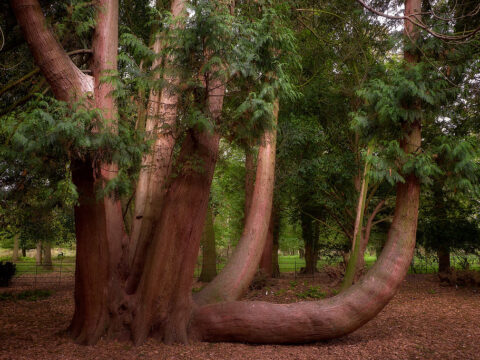 1In 1 playlists
By Anonymous
The Western red cedar is the official arboreal emblem of British Columbia. It grows up to 196 feet (60 meters) tall. It is native to the Pacific coast of North America. Western red cedar goes through the conifering process. Conifering process have allowed the trees to survive in variety of range of ecosystems for millions of years. The twigs and the leaves are eaten by elks or deers, mammals such as racoons, skunks and bears use cavities of the tree as dens and birds use their branches to nest. 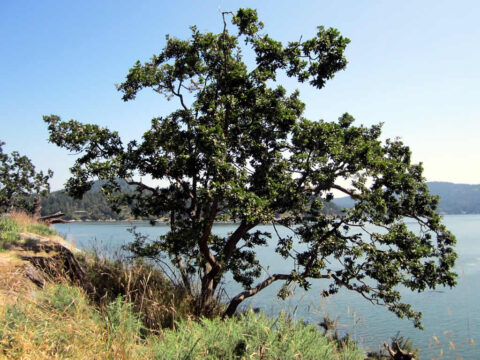 1In 1 playlists
By Anonymous
It is the only native oak species in British Columbia. It grows up to 65 feet (20 meters) tall. They are native to Pacific Northwest from the southern California to southwest of British Columbia. There are animals that live in an oak tree such as the Eastern Gray squirrel. They live in the small holes of an oak tree and their main diet is also the oak tree acorns. There are also several birds that nest on the high canopies of oaks to keep themselves safe from the other predators. Some example of birds that nest on the oak tree are robins, blue jays and starlings. 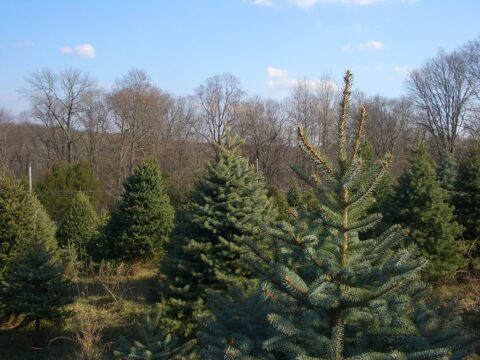 How do the four spheres interact in the Bowker creek?

1In 1 playlists
By Anonymous
Conifers at Bowker creek produce perfect foods and habitats for animals which brings more life to the creek. Conifers itself are the biosphere and it interacts with the other spheres as well. Conifers have shallow and wide spreading roots that prevent soil erosion on the geosphere. Like any other plants, conifers absorb carbon dioxide(Co2) and releases oxygen(O2) to the atmosphere. Conifers near bodies of water create canopies and shades along the water which make aquatic organisms alive on sunny weathers.