The Effects of Feeding Wild Animals in a Suburban Area

In this playlist I will be talking about the effects of feeding wildlife. 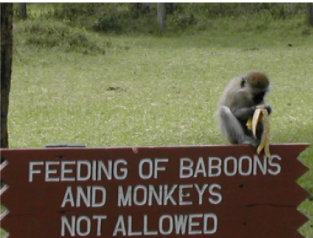 What is wrong with feeding wild animals?

1In 1 playlists
By Anonymous
Lots! When we feed wild animals, we’re changing the world they live in. We’re adding something unnatural and that throws many things out of balance, all with negative consequences for both humans and animals. 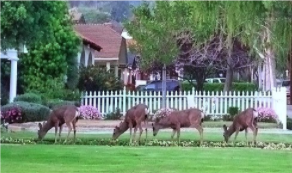 Disruption of Migration and Populations

1In 1 playlists
By Anonymous
Putting out food for wildlife may disrupt their natural rhythms by providing them with a food source during months when they normally would have migrated, so they don’t leave.  Animals’ reproduction is often tied to the amount of natural food sources available. If humans are putting out food and more young are being born because of it, that area will soon have more animals than it can naturally support. Things become unbalanced. If the humans stop feeding them, the young haven’t learned foraging skills and will starve. Also, parasites and diseases can spread between the animals more quickly when there are large numbers of them. 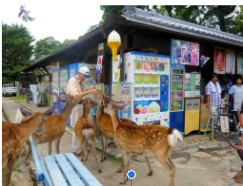 1In 1 playlists
By Anonymous
Animals that are fed by humans will begin to be to comfortable with them, which can lead to them losing their natural fear of humans. It can lead to them being more easily hunted and eaten by predators, or injured, or captured. Some get attacked by pets or attack pets themselves. Sometimes the high number of animals will also attract their predators to the area. Sometimes leaving food in an area for one animal will attract animals you don’t want as well, like rats. 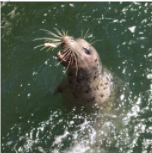 1In 1 playlists
By Anonymous
We used to go to Oak Bay Marina where you could buy a bag of fish pieces for $2.00 and then feed them to the seals, who were always waiting near the docks. The seals would bark and slap the water and spin in circles… anything to get your attention and your piece of fish. It was great fun and we took out-of-town friends there to do the same thing, over and over. You could also feed them at Fisherman’s Wharf, where it was a tourist draw for the past thirty years or more. 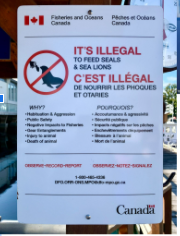 1In 1 playlists
By Anonymous
In June of 2018, changes were made to the Marine Mammals Regulations that made it illegal to feed seals (or any marine mammal) anywhere in Canada. Fines can go as high as $500,000 and there is the possibility of jail time for repeat offenders. The government finally realised that just making recommendations or banning activities alone wouldn’t change people’s behaviour. Signs went up at Oak Bay Marina and Fisherman’s Wharf. 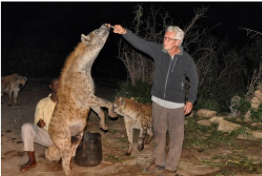 1In 1 playlists
By Anonymous
The more interactions there are between humans and wildlife, the more conflicts there are going to be. Accidents will happen. Both wildlife and humans will be injured or killed. The sea lion in the Steveston video probably thought that the girl he pulled into the water was food. Deer acclimated to humans might approach them to be fed, only to be shot by a hunter. Bears acclimated to digging through garbage bins in suburbia might become a nuisance and be euthanized. The wild hyena here might bite the man’s arm, thinking it’s part of the food that’s being offered, and so on... 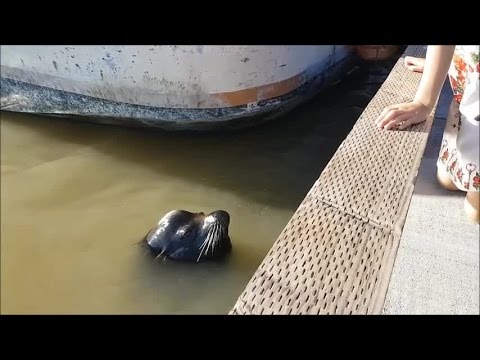 1In 1 playlists
By Anonymous
This is the story from Steveston, BC, and the video that sparked my inquiry for this project: 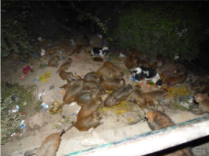 1In 1 playlists
By Anonymous
Animals consistently fed by humans will learn to expect to be fed by them all the time and if the feeding were to stop, the animals might become hostile towards each other and humans in order to obtain food. Think of bears tearing apart tents and trucks in their search for food in campgrounds. Think of aggressive monkeys attacking people for food at temples in India. 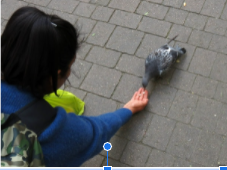 1In 1 playlists
By Anonymous
Even though feeding ducks, deer, squirrels, birds, and other animals seems like a harmless way to bond with nature, feeding those animals can have devastating effects on them. The fed animals will become dependent on human food. They might not get the nutrients they need. They do not learn how to find their own food from natural sources. Their health suffers. When humans stop feeding them, they might starve. 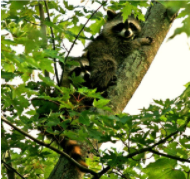 What Can You Do to Help?

1In 1 playlists
By Anonymous
According to BCSPCA, the things you can do to help keep wildlife safe include: 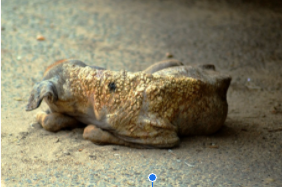 1In 1 playlists
By Anonymous
Many wild animals can give humans diseases such as rabies, tapeworm, ringworm, and zoonotic tuberculosis. Feeding wildlife often increases the numbers of animals in an area and increases the spread of disease between animals and to humans.