One of the BIGGEST ecosystems is in danger!!! If you would like to know how a prickly Sea Urchin is affecting a whole ecosystem, or more fascinating information then come and read my playlist!  You can also learn how your everyday actions can deeply affect the life of an organism. If you would like to learn more, click this way!

1In 1 playlists
By OB 2020-16
Kelp are large brown seaweeds grown in the ocean. Even though they may seem like a plant, but don't let its appearance fool you. They’re actually Heterokont, which is a major line of Eukaryotes. Kelp itself is made up of three parts; the blade (a leaf built structure), the stipe (a stem structure) and the holdfast ( a root structure). The holdfast grips a substrate and anchors the kelp to keep it secure despite moving waves and wind currents.

The different species of kelp in British Columbia

1In 1 playlists
By OB 2020-16
There are over 30 species of brown algae in British Columbia; The Bull kelp,The Giant kelp, Rockweed, Sea grass, and many more. However we will be focusing on kelp forests and how the organisms interact with one another. 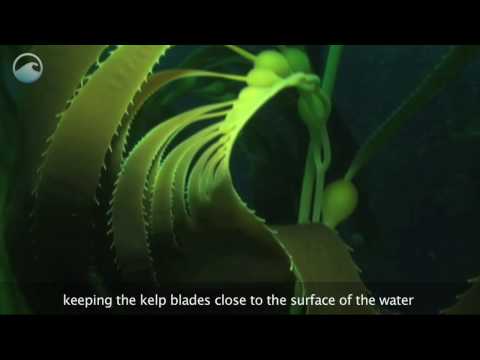 What is a Kelp forest?

1In 1 playlists
By OB 2020-16
Kelp forests is an ecosystem in shallow water formed by many different species of kelp. Looking back at what I said earlier, they are not plants, they are extremely brown algae. In ideal physical conditions some species are able to grow up to 45 centimeters per day. As a result, they can build an ecosystem a lot faster than other adaptations, due to there rapid growth.

The animals living in kelp forests

1In 1 playlists
By OB 2020-16
The most common types of invertebrates found in kelp forests are Bristle worms, Scud, Prawn, Snails, and Brittle stars. These organisms feeds off of the holdfast anchored at the bottom of the ocean and other algae. There’s also a wide range of fish, and many other mammals that inhabit kelp forests for protection and food.

1In 1 playlists
By OB 2020-16
They’re numerous factors affecting kelp growth, the most problematic ones are: kelp harvesting; grazing by sea urchin, fish, and crustaceans; pollution, plant competition and sedimentation. 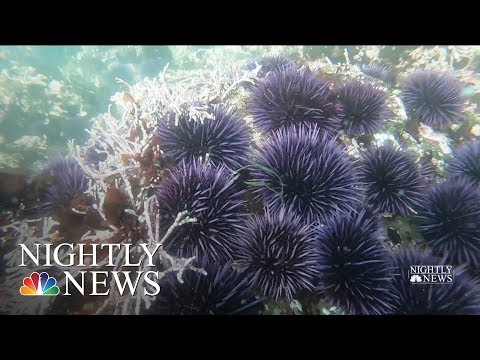 How are sea urchins affecting the ecosystem?

1In 1 playlists
By OB 2020-16
In a diverse range ecosystem, you’d have enough predators and preys to balance everything out. However, in most kelp forests the ratio of Urchins to Otters are very uneven. With that being said, this gives the urchins an opportunity to munch on the delicious underwater forests. This puts other species in critical conditions to the lack of nutrition.

1In 1 playlists
By OB 2020-16
There are many reasons for an animal to go extinct or endangered, in this case it's caused by human destruction. Including: over hunting; for their fur, pollution/global warming, limited food; from all the commercial fishing, and random virus outbreaks or toxic bacterias in ocean water. With all this happening, the otters are still expanding back to their historical range but not as fast as we've hopped. 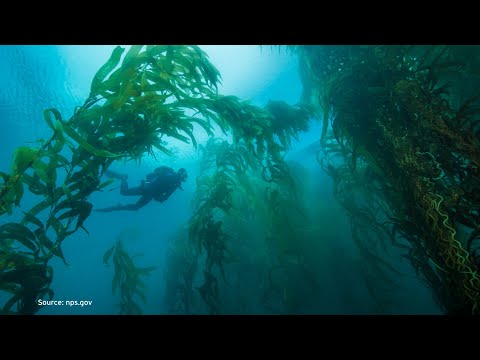 1In 1 playlists
By OB 2020-16
Warm oceans can deeply affect the growth of kelp, and the process of developing an ecosystem. Kelp thrives in cold, nutrient-rich waters because they attach themselves to the bottom of the ocean and eventually work their way up. Without these factors kelp weakens, and threatens their survival. With this broad habitat shrinking, it’s forcing many species to find new homes. 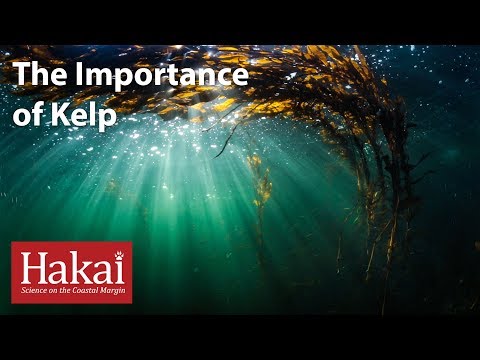 The importance of kelp forests

1In 1 playlists
By OB 2020-16
You may think kelp is only influential towards animals, however, it is equally important to us. Not only do they provide protection for many animals, they also provide food for many other species. They’re basically the oceans version of the ‘Amazon Forest’.

Compare to the past

1In 1 playlists
By OB 2020-16
Let's go back 10 years. The ocean wasn’t completely polluted, lot’s of ecosystems were thriving, and healthy ratios of predator to prey. You can see how much 10 years can change. For example, seven years ago in 2013, the first incident of “Sea Star Wasting” disease occurred. Many scientists believes that this happened because of warming oceans.

What will happen if this continues?

1In 1 playlists
By OB 2020-16
If this continues then kelp will go extinct from all the destruction. Then, thousands of species will have nowhere to go or live, since their main habitat is kelp forest. With that being said, if the kelp forest goes, then the ecosystem goes with it.

How can we help?

1In 1 playlists
By OB 2020-16
One person obviously can't change global warming, however if a community starts thinking about how they live and change some of their actions, slowly change will happen. For example, cleaning up the beach or walking/biking instead of using your car, just living sustainably. It’s thinking about the small details in your everyday life. Next time you leave the house, think about these factors and you may want to reconsider your decisions.