How Does Rainfall Affect The Bowker Creek Ecosystem?

Annually, Victoria receives an average of 58.3cm of rainfall, a lot of which becomes runoff into Bowker Creek. The initial 2.5cm of rainfall, or first flush, is responsible for clearing most pollutants in stormwater in runoff. During winter months, 8.5cm of rainfall is seen on average, while only 1.83cm during summer months. This heavy rainfall throughout winter results in high water levels in the creek, along with potential flooding. However, during the summer, the creeks levels become much lower. Did you know there is an average of 611.765% increase in precipitation levels from July to December in Victoria?The question is, how do these rainfall averages affect the Bowker Creek ecosystem?

1In 1 playlists
By OB C
Higher precipitation levels have many effects on surrounding ecosystems. Precipitation is required for the survival of all organisms, for example plants need water to photosynthesize. However, too much rain can have a negative impact on the creek. Though it is not a big concern for Bowker Creek, too much rainfall can wash away small aquatic creatures, although still it does not make a large negative impact. 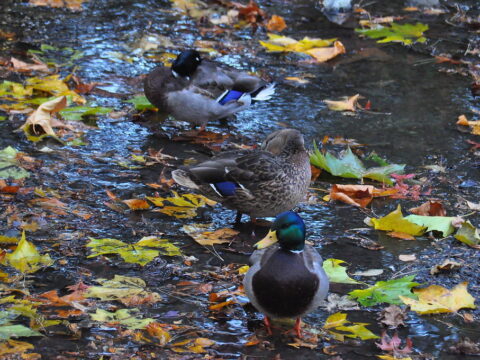 1In 1 playlists
By OB C
In Bowker Creek and the surrounding ecosystems, there is a wide variety of organisms, though smaller than many other creek ecosystems. From microscopic animals in the creek to larger prey in the surrounding areas such as owls, precipitation levels have effects on all of these organisms. Sadly, the aquatic section of the Bowker Creek system is significantly smaller than the rest. It is limited to insect larvae and worms, with the exception of three spined stickleback fish and mallard ducks. However, water quality is not the issue as the creek has “acceptable” water quality for fish to survive. The issue lies in the condition of the channel which was redirected for drainage purposes. For the purpose of rainfall, the few aquatic ecosystems that do proceed to thrive do adapt when necessary because of water levels changing. 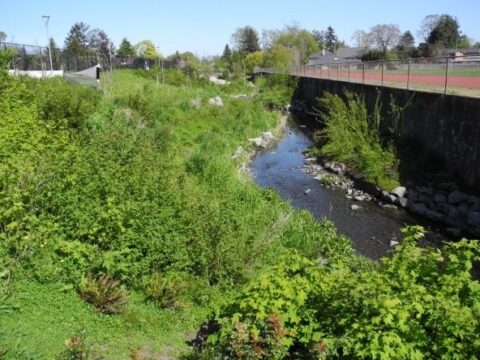 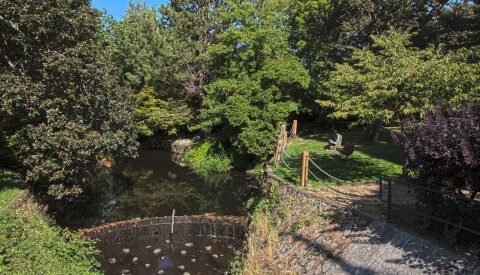 Riparian Ecosystems and How They Help

By OB C
Riparian ecosystems are found in the mid zone between terrestrial ecosystems and the aquatic ecosystems. When soils saturate, it allows for specialized native plants and microbes to flourish, and create a very productive environment. These ecosystems also soak up excess water during floods, which help prevent downstream damage, and filter pollutants that are washed off streets and urban surfaces during runoff. 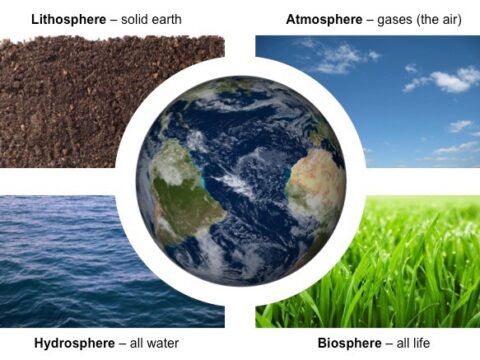 What are the Four Spheres?

By OB C
The four spheres are the biosphere, geosphere, hydrosphere, and atmosphere. The biosphere consists of all living organisms. The geosphere includes rocks, minerals, and grounds that rest on or in the Earth. The hydrosphere is made of any water on the planet Earth,  either on or beneath the surface or in the atmosphere. The atmosphere is especially air, made of 78% nitrogen, 21% oxygen, 0.9% argon, 0.03% carbon dioxide, along with very small percentages of other gasses like methane and nitrous oxide etc… All four spheres interconnect everyday to create the phenomenon of Earth's features. 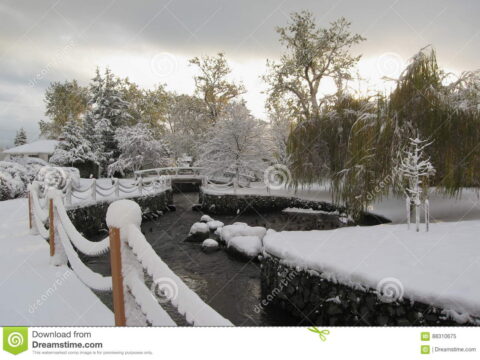 By OB C
The majority of precipitation in Victoria is rain which means Bowker Creek does not experience much snow. Victoria has a average snowfall rate of 26 centimeters a year. When it does snow, it hardly stays cold long enough for the creek to freeze so while water temperatures are significantly colder in the winter, the creek does not turn to ice. The organisms in Bowker Creek have little to no trouble adapting to the different temperatures throughout the seasons.

By OB C
During winter months when water levels are much higher, you will find uprooted grass, branches, and other natural debris drifting downstream. This, thankfully, is not harmful to riparian ecosystems. Small insect larvae, although do not thrive during winter because of cold water temperatures, would get swept away in strong currents if not provided by protection from rocks and such.       However, during the summer months, Bowker Creek receives much less runoff and water levels become quite low. The municipality puts in small dams in place to contain water, letting flow slowly, in order for freshwater aquatic ecosystems to continue to survive. Without these small blockages, the eggs of  insect larvae would spoil within minutes of air exposure. Thankfully, once again, water levels do not drop low enough for riparian ecosystems to suffer.

By OB C
Based on precipitation levels that vary throughout the seasons, Bowker Creeks biosphere changes and adapts alongside. Ecosystems such as terrestrial, freshwater aquatic, and riparian are all affected by rainfall. Did you know that roots on trees and shrubs planted in a landscape grow to 3 times the branch spread within 2 to 3 years of planting? That means trees and shrubs planted along the banks of Bowker Creeks extended their roots towards that water source.

What is Bowker Creek?

By OB C
Bowker Creek is a creek located in Victoria, British Columbia and runs through Saanich, Victoria and Oak Bay. Over 8 kilometres in length, only 2.5 kilometres of the creek remains open with the rest flowing underground through pipes. The majority of the open creek is in Oak Bay. Bowker Creek is home to animals, insects and a wide selection of native plants as well as invasive. Bowker Creek is one of the only riparian ecosystems in the area.