This playlist highlights a few of the different species of wildlife that can be found on the beaches and in the tide pools of Victoria. You will see many videos and pictures of the unique and fascinating creatures . You will learn about these creatures, their diet, appearance, certain beaches you can find them at, and a few interesting facts.

1In 1 playlists
By OB9
The red rock crab is a species of crustacean that resides in the Pacific Ocean. It is commonly found at willows beach and most other beaches in Victoria. They are carnivores and mostly eat barnacles, smaller crabs, and dead fish. They can grow to be about 15 centimeters and must molt to grow. 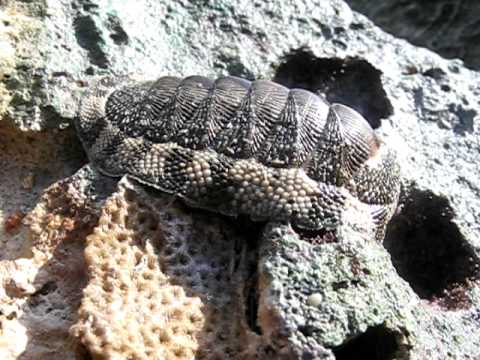 1In 1 playlists
By OB9
Chitons are a type of Mollusc that are common around Victoria. Chitons are usually covered by a shell that consists of 8 plates. They move around using a muscle commonly referred to as the foot. There are many species of Chitons with sizes ranging from 1 centimeter to 30 centimeters. They are commonly found at beaches and in tide pools.

1In 1 playlists
By OB9
The Bloodstar is a sea star that is orange in color and is part of the Echinasteridae Family. It is quite common at Clover Point. They are carnivores, and they mostly eat by trapping and eating small particle sized creatures. Blood stars usually reach 10 to 12 centimeters. They usually live up to 35 years.

1In 1 playlists
By OB9
The Umbrella Crab is a small crab with a unique shaped shell, Its carapace can be any color from gray, red, orange and purple. They usually grow to 5 to 10 centimeters. They are carnivores and mostly eat algae and small organisms. The Umbrella Crab is perhaps the rarest creature on this playlist, and very few people have found them in Victoria.

The Red Sea Urchin is a creature that resembles a ball of spines. They grow to a length of about 15 centimetres, and their spikes can grow to 8 centimetres. They are identifiable by their red color, however they are very similar to purple urchins. Most Red Sea Urchins live to about 30 years, but some live up to 200 years. They often eat kelp, and are commonly eaten by Sea Otters.

The Brittle star is a creature that is closely related to the sea star. They often eat plankton, small crustaceans, and worms. There are about 1500 species of Brittle star and they are around 500 million years old. Brittle stars are able to easily regenerate lost limbs, sometimes using this ability to escape predators.

1In 1 playlists
By OB9
The Sculpin is a small fish that belongs to the Cottidae Family. There are around 300 species, however the ones found on Victoria beaches are quite small. Some Sculpin can reach 25 pounds! They usually live to 7 years. They mostly eat small fish, crabs, and worms. Sculpin do not have scales, they have smooth skin covered with small rigid spines.

1In 1 playlists
By OB9
Giant Green Sea Anemones are marine invertebrates that can grow to about 18 centimetres. They are carnivores that mostly eat small fish and crabs. These anemones have algae living inside them, but these algae do not contribute to their vibrant green color. There can be up to 14 green anemones within 3 square feet.

1In 1 playlists
By OB9
The Ochre Sea Star is a large creature that can grow to 30 centimetres. It can be identified by its rigid white spines, and they are usually brown, orange or purple. These huge sea stars have very few enemies and predators, but they are sometimes eating by sea birds or otters. They usually live up to 20 years.