Pollution in Bowker Creek and how it affects Animal Life

The restoration of Bowker creek has been an on-going process for many years. it’s currently near completion of its restoration. Unfortunately, human caused pollution is limiting the capabilities of the creek so it can no longer support much of the wildlife it used to house. This playlist will be covering some key points about Bowker Creek

1In 1 playlists
By OB26
Although now the creek is heavily controlled where about 70% of the creek is in pipes. In recent years, there have been efforts to restore and bring back a cleaner creek. The limits of the restoration are visible alongside Oak Bay Secondary School

1In 1 playlists
By OB26
Bowker creek is old creek in Oak Bay and some parts of Victoria from around UVIC and flows into the ocean at willows beach. It once meandered through forests, meadows, and grasslands. As well salmon used to spawn in the creek and it provided food for the First Nations people in the area

1In 1 playlists
By OB26
We took the time to analyse the water quality of Bowker creek as of late November.

Misleading Tests of the Creeks Water

1In 1 playlists
By OB26
We can tell a creeks polluted because of bio-indicators, and obvious signs of pollution. First bio-indicators are animals that help us determine how polluted water is because some animals can deal with more pollution than others. Judging by the species of aquatic life in the creek tells us its pollution levels

Current Range of Aquatic Species living in the Creek

1In 1 playlists
By OB26
Bowker creek at this time can only support smaller, more toxicity resistant organisms. A variety of small fish, leech, worms, parasites, insects and other little species thrive here.

1In 1 playlists
By OB26
Bowker Creek is full of these little creatures called Platyhelminthes, better known as “Flatworms”, these creatures feed on Protozoa and Bacteria and are generally consumed by a variety of small species including Spotted Mandarin and Yellow Wrasse.

1In 1 playlists
By OB26
The creek is also home to these unpleasant creatures. Known commonly as a Leech, this creature consumes the blood of its prey by latching onto it with its Anterior and Posterior sucker. Leech bites do not hurt and are actually used for medical purposes in some places. Uses like healing wounds and unblocking clogged blood veins

What Authorities should be doing

1In 1 playlists
By OB26
There are a nearly endless lists of things to help the creeks clean up but a few of them are: Filtration of storm drain before it’s released to a water source. Stop illegal dumping and littering. And reduce sediment from streets into the creek especially from construction sites

What you can do

1In 1 playlists
By OB26
It's always a great idea to have the community push for clean streams as it has a strong influence on the government. Some things you can do to help are: Picking up garbage (yes it is gross) and putting in proper disposal. No dumping of cigarettes or other garbage into stream. And no disposing of oil or oil byproducts

What Animals may return

1In 1 playlists
By OB26
With an improvement to water quality in Bowker creek many animals which used to live in Bowker Creek like coho salmon could come back to the creek. As well as cutthroat trout and chum salmon. In addition, more birds would continue to revisit the creek and it would then become a more diverse region of marine life

When can we see this all happening?

1In 1 playlists
By OB26
It will take a few years, but it is completely possible to bring back species to the creek. Once there has been a complete clean-up of all water deposits in the creek, there can be further work for species. A controlled spot for spawning salmon would be a great challenge to be able to see salmon run through the creek again.

1In 1 playlists
By OB26
In Conclusion, as we have seen in many examples of successful stream restorations, more needs to be done to significantly change the ecosystem than just improving the water quality. With improvements in water quality and other aspects we could bring back coho and chum salmon as well as cutthroat salmon back to Bowker creek. 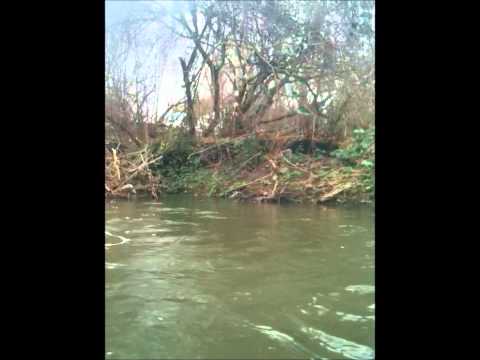 A Short Video of the Creeks Murky Waters