How Has The Life Of McNeil Bay adapted To Survive?

In this playlist we will be exploring the life of McNeil Bay and how it has adapted to survive. 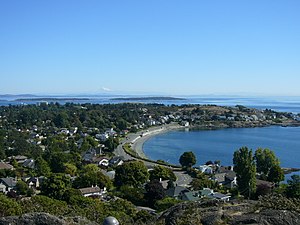 1In 1 playlists
By Anonymous
McNeil Bay is a bay in Oak Bay, British Columbia. At a glance, the bay looks to have little sea life, however my partner and I will be ‘diving’ into the sea life at McNeil Bay. Nothing in the ocean is ever truly safe from predators. Sea creatures have had to adapt to their tough environment in order to survive. In this project, we will be exploring how the animals of McNeil Bay adapted to survive. 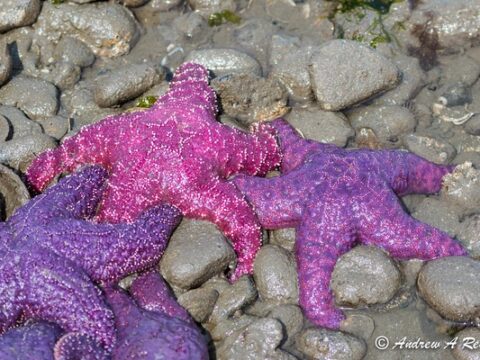 1In 1 playlists
By Anonymous
Starfish look to be an easy target in the harsh marine environment that they call their home. However, They have adapted to be able to fend for themselves. After being attacked, starfish have the ability to regenerate lost limbs. Starfish have no brain which can be damaged during an attack, making them extremely difficult to kill. Starfish are incredibly good at eating. Starfish, with obviously some exceptions, can eat anything which they can fit into one of their two stomachs. 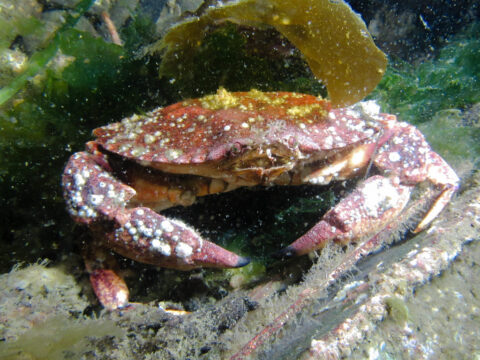 1In 1 playlists
By Anonymous
Red rock crabs are masters of survival. These crabs have adapted to defend themselves with a hard, tough exoskeleton, which is tough for predators to break. Their powerful claws help them crush prey, such as oysters, and are an impressive tool for their defence. In a worst case scenario, crabs have also adapted to shed limbs, which they are able to regenerate. 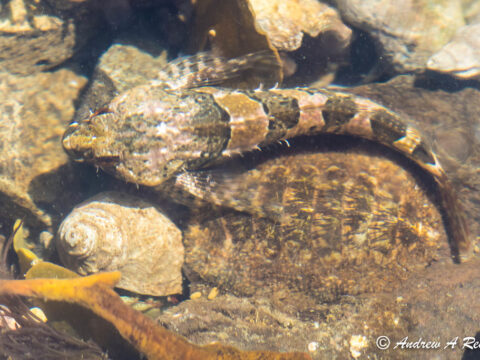 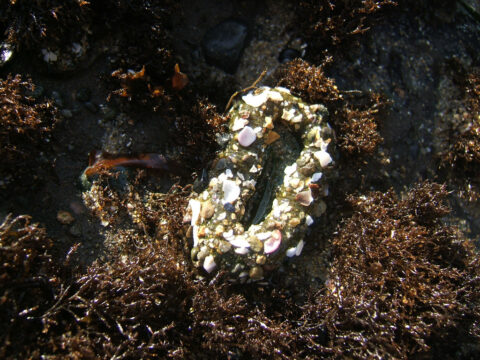 1In 1 playlists
By Anonymous
Anemones attach themselves to rocks, and for the most part remain in the same place. They have adapted to withtain most of their water so when the tide goes out the anemones don’t dry out. Sticky bumps on their body collect sand and shells to disguise themselves from predators. They also stay in large groups to avoid being eaten. 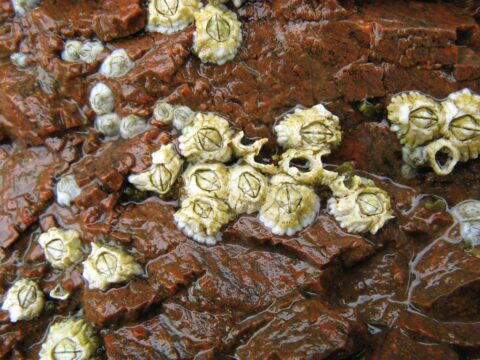 1In 1 playlists
By Anonymous
Acorn Barnacles are well adapted to their environment. Their most obvious adaptation is a hard exterior shell, which is their basic level of protection. Acorn Barnacles also have a glue like adhesion to the rocks which they are attached to. This makes sure they can’t fall off, be taken off, or be washed off of their spot. Barnacles have also adapted to close their valves to avoid drying out after the tide has gone out. 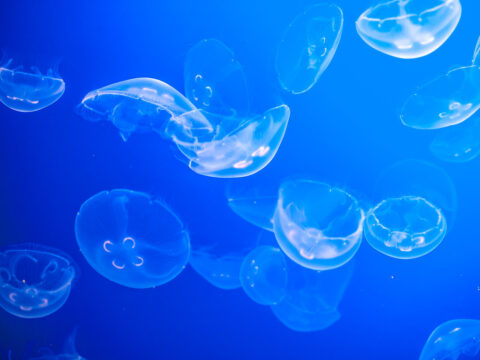 1In 1 playlists
By Anonymous
Moon Jellyfish are very hard to spot for a reason. Their transparent colour makes them much harder to be spotted by predators. They have small tentacles which cannot penetrate human skin. Moon Jellies are carnivorous. They eat tiny zooplankton, mollusc larvae, crustaceans, and small fishes. 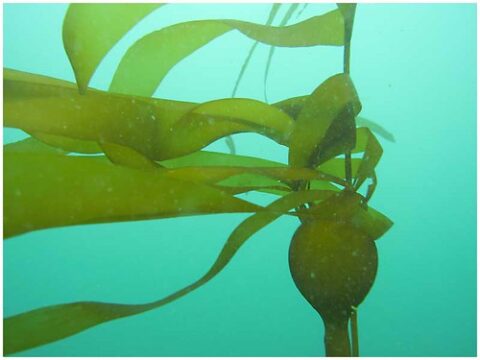 1In 1 playlists
By Anonymous
Bull Kelp has adapted to live in cool, clear, moving water. Bull Kelp depends on moving water to supply a steady stream of nutrients for photosynthesis. The serrated edges on their leaves help to further mix the water. They have also adapted to latch their ‘roots’ on to rocks, also known as a hold-fast,  to keep them grounded in the moving water. 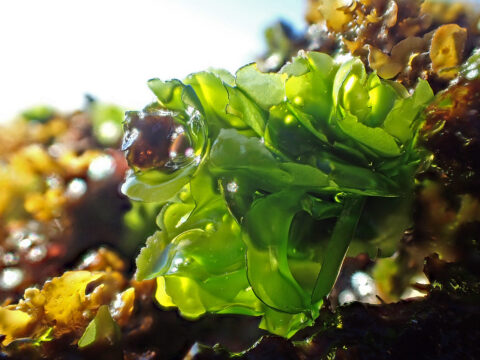 1In 1 playlists
By Anonymous
Sea lettuce has adapted to rely on more intense sunlight, which is why we can usually find sea lettuce in more shallow water. Sea lettuce grows on substrate, (Shells, rocks, other seaweeds etc.) but may also detach, and live as a free floating mass. 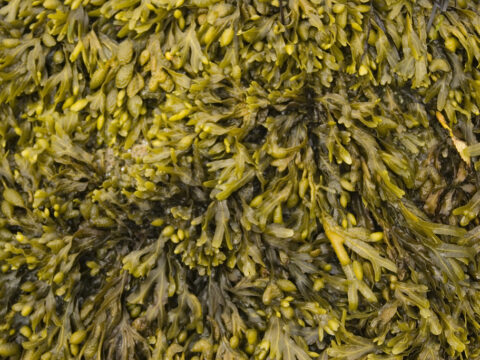 1In 1 playlists
By Anonymous
Rockweed is very effective at collecting nutrients and minerals from the surrounding sea water. Because of the extreme levels of CO2 in the ocean, rockweed has adapted to convert CO2 into food. Rockweed have vesicles, or air bladders, which create buoyancy for the plant. These air bladders lift the arms of the plant up and towards the sunlight, which is necessary for photosynthesis to occur. 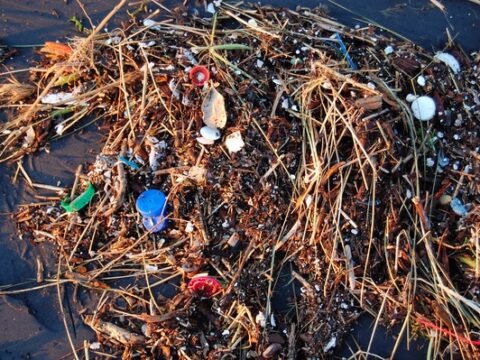 1In 1 playlists
By Anonymous
Climate change is having a huge impact on marine life around the world, including right here in McNeil Bay. There was a heat dome on the west coast of BC during the heat dome, which lasted between June 25 and July 1 in the summer of 2021. This extreme heat dome decimated ocean life, particularly inter-tidal areas, which could not cope with the temperature. This is a great example of direct impacts from climate change on our environment. 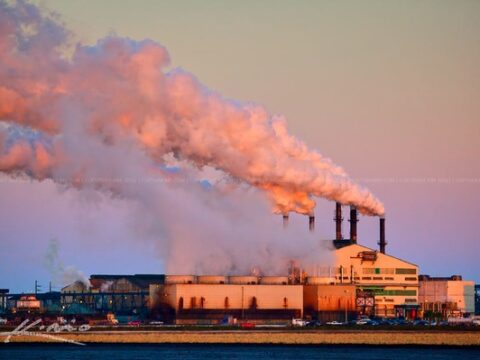 1In 1 playlists
By Anonymous
Much less widely known compared to ocean warming, ocean acidification is a harmful and deadly process happening right now. An increase in CO2 in the atmosphere results in an increase in CO2 near the ocean. When CO2 dissolves into sea water, carbonic acid is formed in a process known as ocean acidification. A series of chemical reactions between sea water and CO2 lower the PH, making the ocean more acidic.Ocean acidification reduces the amount of carbonate, a key component in seawater. This makes it more difficult for marine organisms, such as coral, to form their shells and skeletons. Existing shells can even dissolve, 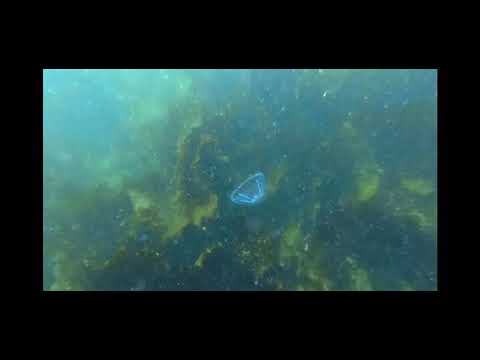 1In 1 playlists
By Anonymous
Not all is lost, however, and McNeil Bay is still brimming with life. My partner went snorkelling off of McNeil bay and videoed the experience.