Bowker Creek has a variety of different berries, some of which are edible. As well as being tasty, they can provide a plethora of medicinal benefits. This playlist will highlight the edible berries at Bowker Creek, and provide some recipes with these stellar berries.

2In 2 playlists
By OB6
This document will highlight the main locations along the creek for berry picking.

Indian Plum is a BC native that is commonly found at the Monteith Street Gardens. It looks like a miniature plum, hence the name Indian Plum. First Nations uses include tuberculosis treatment, healing promotion, and food sourcing. Indian Plums are edible, but may contain hydrogen cyanide, so be careful not to overeat.

Thimbleberries are also natives, and they can be found at the Oak Bay section of Bowker Creek. It is very similar to a raspberry in appearance, but it is smaller and flatter. As well as this, it contains vitamin C, vitamin A, calcium, potassium, and iron. It can also boost your immune system.

Rose hips are found at most places around the creek, and are native to BC. They contain plenty of Vitamin C, and can be used to prevent colds and flus. It is the round part of the rose plant that grows near the petals. It can be dried to make tea, and although you can eat it raw, it is not very tasty.

Pacific Crab Apple is primarily found at the Monteith Street Gardens. It looks like a smaller version of an apple, and is also much more tart than a regular apple. First Nations were able to store these apples and make them sweeter. As well as this, they contain a lot of pectin, which allows them to easily be made into jams and jellies.

Salal is found in most areas around the creek. It is one the most healthy berries you can eat, even healthier than blueberries, strawberries, and cranberries. Salal contains much more antioxidants than blueberries. The flavor of these healthful berries has been described as an earthy cross between a blueberry and a blackcurrant.

2In 2 playlists
By OB6
Saskatoon berries grow along the banks of the Monteith Street Gardens. They contain antioxidants, protein, and fiber in high quantities. Also, they are considered a better source of calcium than red meats and vegetables. Saskatoon berries look very similar to blueberries, but are actually closely related to apples. They can be consumed fresh, but are also delicious in pies, tarts, and jams.

Black Hawthorn grows at the Monteith Street Gardens. The berries contain antioxidants and some people use them to treat heart problems. They contain lots of flavonoids, which allows them to be useful in treating cardiovascular issues. Black Hawthorn is also known to reduce high cholesterol. Black Hawthorn is a small, oval shaped berry, and they have a sweet and sour taste.

2In 2 playlists
By OB6
Most of the berries at Bowker Creek are edible, but some are not...

2In 2 playlists
By OB6
These stellar berries can be found at the Monteith St gardens. Black elderberries contain Vitamin C, dietary fiber, flavonols, phelonic acids, anthocyanins, and antioxidants. They also can help prevent colds and flu, and have some heart benefits. Even though you can't eat them raw, elderberry syrup allows you to take advantage of all these nutrients. (recipe next entry) 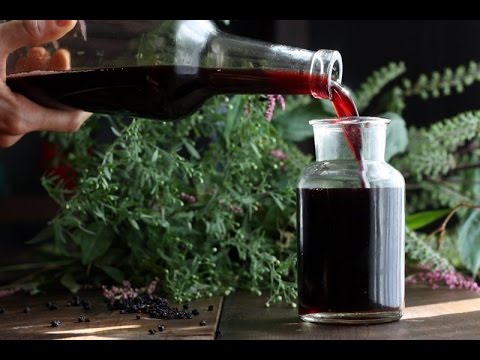 2In 2 playlists
By OB6
Elderberry syrup provides lots of nutritional value, including Vitamin C, Vitamin A, Vitamin B, and antioxidants. As well as this, elderberry syrup is great for fighting colds and flu. Instead of buying the syrup at grocery store, you can make it yourself with the elderberries at Bowker Creek.

The Trouble with Blackberries

2In 2 playlists
By OB6
If you have ever walked along Bowker Creek, or even just around Oak Bay, you will notice many blackberries. There are so many in fact that they are smothering the native plants. These invasive plants block out the light for native plants, causing many of them to die. Although these berries are delectable, and are very nutritional, they are interfering with biodiversity at the creek.